China Gunman
William Kirsch, American adventurer in northern China during the last years of the Manchu empire, quarrels with a German noble and officer of the East Asian Marine Detachment, setting off a personal and bloody conflict that follows him from Peking and the port city of Tientsin and beyond the Great Wall deep into the often wild and untamed plains of Mongolia and escalates to a final showdown amid the greater chaos and bloodshed of China in revolution.
Available at Amazon.com

Hunter of the East and Other Stories
A collection of eight short stories blending fantasy, science-fiction, and historical fiction. All are previously published and collected under one cover for the first time.
Available at Amazon.com

Crossed Swords
Roleplaying in the Age of  The Three Musketeers
Dastardly plots and dangerous rivalries...
The year is 1625. France is ruled by the young King Louis XIII, who is both pious and cruel. The king is sometimes cleverly bullied and often manipulated by the scheming first minister of France, Cardinal Duc de Richelieu. Queen Anne of Austria, both ignored and resented by her husband the king, fears she will prove to be an expendable chess piece on Richelieu’s board of intrigues. Indeed, with Richelieu’s spies and informants seemingly everywhere, plots and betrayal are a constant menace to those who do not capitulate to Richelieu’s command.
Into the thick of this plague of plots boldly strides our dashing heroes, many of whom wear the king’s tabard; all are wary of the cardinal’s influence over their king—a brave few have drawn steel to contest who is the true master of France by challenging soldiers of another élite company, the Cardinal’s Guards...
Crossed Swords is a complete role playing game which provides all the rules needed to play heroes in 17th century France. Each player needs only a single D10 and the guidance of a game master to delve into exciting adventures against the enemies of France, or perhaps enemies closer to home...

Set Europe Ablaze
Roleplaying the Heroes of the Clandestine Services in World War II
In 1939 Hitler thrust war and all its horrors upon the nations of Western Europe. By May 1940 Great Britain alone stood defiant against Nazi aggression. Neville Chamberlain, all pretense of appeasement gone, addressed the War Cabinet: “A new organization shall be established forthwith to co-ordinate all action, by way of subversion and sabotage...” and thus SOE was born.
Early in 1941, President Roosevelt instructed William Donovan to develop a US intelligence service based on Britain’s Secret Intelligence Service and SOE, a service that would soon come to be known as the OSS.
Clandestine agents, both men and women, complete one of the most rigorous training programs of the war. Their style of fighting is unorthodox and ungentlemanly—and ruthless; it has to be, for agents often face terrible odds and are always outnumbered in their lonely battle against fascist tyranny. They strike at enemy communications, transportation, and supply targets as well as enemy morale to satisfy a directive originally given by Winston Churchill to the men and women of SOE to “Set Europe ablaze!”
Set Europe Ablaze is a complete role playing game which provides all the rules needed to play clandestine agents in World War II. Each player needs only a single D10 and the guidance of a game master to delve into exciting missions behind the lines of occupied Europe or within the borders of equally dangerous “neutral” nations as they fight a secret war against the evil of fascist oppression.

“A new organization ... to co-ordinate all action, by way of subversion and sabotage, against the enemy overseas...”
The Special Operations Executive (SOE) became a functional, fighting force in mid-1941, after many months of grueling training and preparation—just in time for the assembled team, Codename: Revenant, commanded by Major Callum Baldwin (or a team of clandestine heroes created by the players), to take on it’s first assignment against the enemies of Great Britain and its allies.
Set Europe Ablaze: Missions presents a trio of fully developed adventures set in the desperate months of 1941—a time when Britain faced the spectre of failure and defeat on every front. Will your heroes achieve victories, as small as they may be, in their unconventional war from within?
Set Europe Ablaze: Missions requires the use of Set Europe Ablaze, a ONE 10 SYSTEM roleplaying game.

Lords of Tarsa
Heroic Fantasy Roleplaying Game Setting for use with Chaosium's Basic Roleplaying®
The year is 1092 in the Age of Itania. King Girart of Mirensa, villified as the killer of children, schemes to bring the Nine Kingdoms under his crown while Safiro of Tivonna engages magi and spies to thwart Girart’s ambition. Mad King Bertrant of Ossirenza bears the burden to defend the lands of Men against marauding Krek even as his galleys war on Tivonnan ships to satisfy his raging temperament. In the wild North the rangers, always outnumbered, battle the depredations of ruthless Kyaksa tribesmen who strike from mountain strongholds. In the steppes to the east the Solok tribes battle each other to satisfy the blood-lust of their gods and raid the West for its riches. The Vashaniin, an ancient and prideful people, spurn involvement in the affairs of Men while they prepare for the coming of a threat more dire than any of the petty squabbles of the West—an enemy that even now may be probing the defenses of the gray walls of the mountains of the Eastern Divide....
Available at DriveThruRPG.com 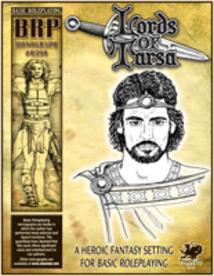 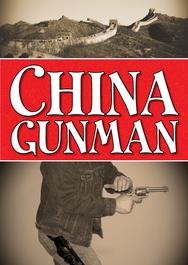 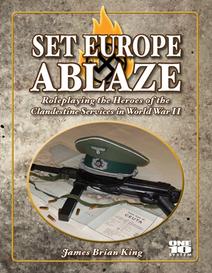 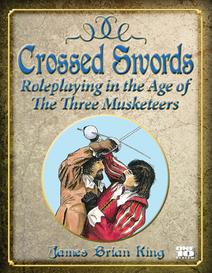 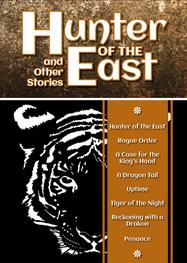 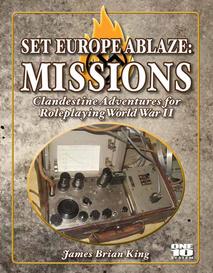